In 1978 and 1982, he was Ukrainian Champion.He played in several Soviet Union championships, and his best achievement was second place, behind Andrei Sokolov, at Lvov in 1984.

In 2004, he tied for third-fourth at the Israeli open championships in Ramat Aviv.He won the bronze medal at the 2005 Maccabiah Games.

He was awarded the GM title in 1986.The website Chessmtrics.com, which estimates the strength of older players, indicates that he was ranked 7th in the world in 1986.

He arrived in Israel in 2001 and lived there for 10 years, playing for Kefar-Saba chess club, until his death in 2011.In his last days he suffered from several health problems. 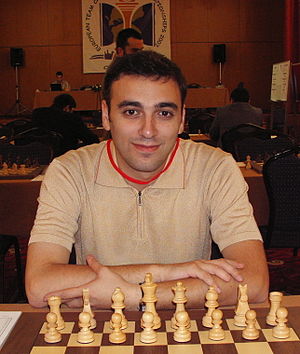 Chess Grandmaster
Back
This content was extracted from Wikipedia and is licensed under the Creative Commons Attribution-ShareAlike 3.0 Unported License