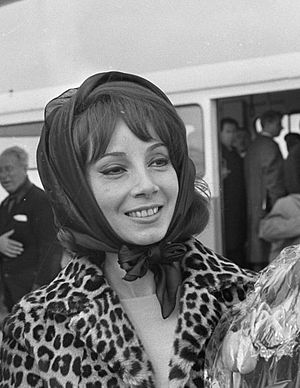 Andréa Parisy (sometimes credited as Andrée Parizy; 4 December 1935 – 27 April 2014), was a French film actress.Born Andrée Marcelle Henriette Parisy in Levallois-Perret, she was best known for her roles in films such as Le Petit Baigneur and Bébés à gogo; she also appeared in the 1968 film Mayerling, in which she played Princess Stéphanie of Belgium.

American child actress
Back
This content was extracted from Wikipedia and is licensed under the Creative Commons Attribution-ShareAlike 3.0 Unported License