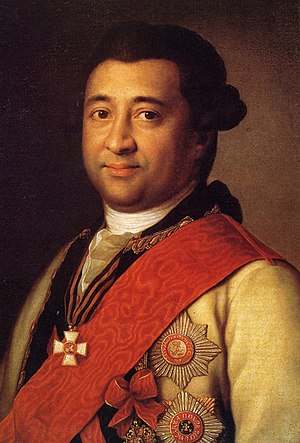 June 5, 1735 – October 12, 1801) was an eminent Russian military leader.He was the son of military commander, general and engineer Abram Petrovich Gannibal, as well as the great-uncle of Russia's most famous poet, Alexander Pushkin.

Gannibal led a detachment of the Imperial Black Sea Fleet, which besieged and captured the Turkish fortress of Navarin during the Russo-Turkish War (1768–1774), and took part in the founding of the city of Kherson.

Russian general
Back
This content was extracted from Wikipedia and is licensed under the Creative Commons Attribution-ShareAlike 3.0 Unported License