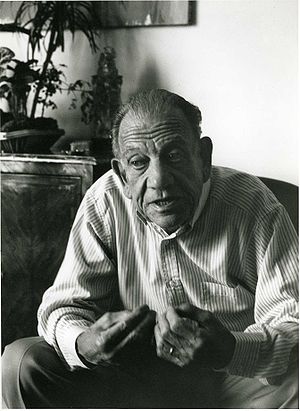 Edmond Jabès (French: [ʒabɛs];Arabic: إدمون جابيس‎;Cairo, April 16, 1912 – Paris, January 2, 1991) was a French writer and poet of Egyptian origin, and one of the best known literary figures writing in French after World War II.

The work he produced when living in France in the late 1950s until his death in 1991 is highly original in form and breadth.