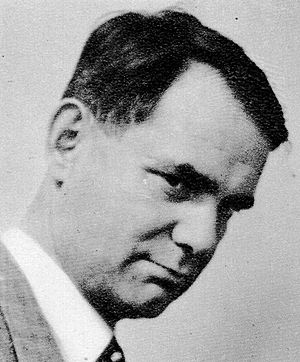 Esko Emil Töyri (until 1935 Törnroos; 6 October 1915 – 4 November 1992) was a Finnish film cinematographer and director.During his career, he won three Jussi Awards for best cinematography; in 1949 for films Vain kaksi tuntia and Hornankoski, in 1950 for films Katupeilin takana, Rosvo Roope and Hallin Janne, and in 1953 for Noita palaa elämään.

Finnish film director
Back
This content was extracted from Wikipedia and is licensed under the Creative Commons Attribution-ShareAlike 3.0 Unported License