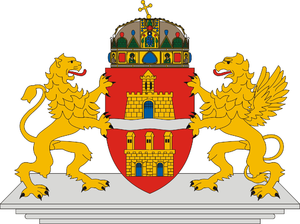 He was chosen to the party's presidency in 1990.After the death of József Antall (1993) he served as manager president.

Szabó was member of the National Assembly of Hungary since 1990.Between June 1990 and December 1991 he served as the Chairman of the Assembly's Economical Committee.

He was appointed Minister of Industry, Trade and Tourism in 1991.He became faction leader in 1994.Szabó entered for the party's presidential election in 1996 but was beaten by Sándor Lezsák.

After that Szabó and some other prominent members (György Szabad) left the party.They founded the Hungarian Democratic People's Party (MDNP) and Szabó appointed the new party's first president and faction leader.

The MDNP did not hit the 5% threshold contrary at the 1998 election, that's why Szabó resigned from his position.He was a founding member of the Centre Party in 2001. 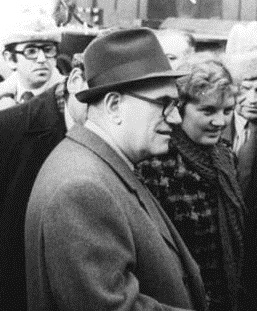