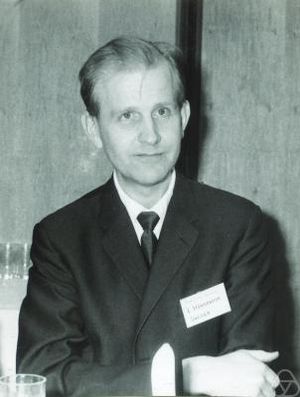 Lars Valter Hörmander (24 January 1931 – 25 November 2012) was a Swedish mathematician who has been called "the foremost contributor to the modern theory of linear partial differential equations".

He was awarded the Fields Medal in 1962, the Wolf Prize in 1988, and the Leroy P.Steele Prize in 2006.His Analysis of Linear Partial Differential Operators I–IV is considered a standard work on the subject of linear partial differential operators.

Hörmander completed his Ph.D. in 1955 at Lund University.Hörmander then worked at Stockholm University, at Stanford University, and at the Institute for Advanced Study in Princeton, New Jersey.

He returned to Lund University as professor from 1968 until 1996, when he retired with the title of professor emeritus.