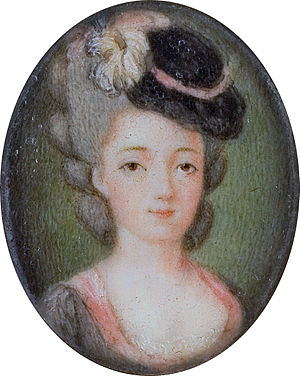 In 1795, the Marquise Lafayette was imprisoned and about to be executed.Intervention by Elizabeth Monroe saved her.Mrs.Monroe visited the imprisoned marquise on the day before the execution and loudly announced she would come the next day.

Not wanting to cut ties with the (then) diplomat (James Monroe), France did not execute her.

French noblewoman
Back
This content was extracted from Wikipedia and is licensed under the Creative Commons Attribution-ShareAlike 3.0 Unported License