Tomás Carrasquilla Naranjo (1858 – 1940) was a Colombian writer who lived in the Antioquia region.He dedicated himself to very simple jobs: tailor, secretary of a judge, storekeeper in a mine, and worker at the Ministry of Public Works.

He was an avid reader, and one of the most original Colombian literary writers, greatly influencing the younger generation of his time and later generations.

Tomás Carrasquilla Library Park is named in his honor.The Colombian civil wars of the second part of the 19th century prevented young Carrasquilla from continuing his studies at the University of Antioquia.

A committed intellectual, Carrasquilla organized tertulias—social gatherings to read books and discuss them—in his Medellín house.Many young writers and intellectuals of his time joined those tertulias; from that time he was called "Maestro Tomás Carrasquilla." Among Carrasquilla's admirers was Colombian philosopher Fernando González Ochoa.

De Onís argues that Carrasquilla's work passed unknown in Colombia and abroad at the time because he lived during two different periods of Latin American literature: Costumbrismo and Romanticism, that had representatives like José Asunción Silva in Colombia, and the coming of Modernism as a reaction against Costumbrismo.

As many classify the work of Carrasquilla as Costumbrist, so De Onís classifies him. 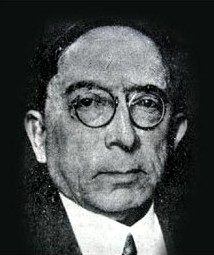