Ayillyath Kuttiari Gopalan (1 October 1904 – 22 March 1977), popularly known as A.K.Gopalan or AKG, was an Indian communist politician.He was one of 16 Communist Party of India members elected to the first Lok Sabha in 1952.

Later he became one of the founding members of the Communist Party of India (Marxist). 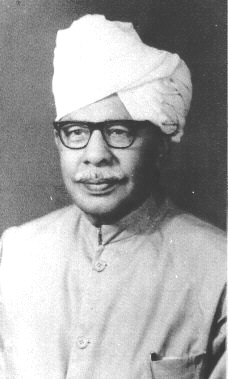