Albert Neilson Hornby, nicknamed Monkey Hornby (10 February 1847 – 17 December 1925) was one of the best-known sportsmen in England during the nineteenth century excelling in both rugby and cricket.

He was the first of only two men to captain the country at both rugby and cricket but is also remembered as the England cricket captain whose side lost the Test match which gave rise to the Ashes, at home against the Australians in 1882. 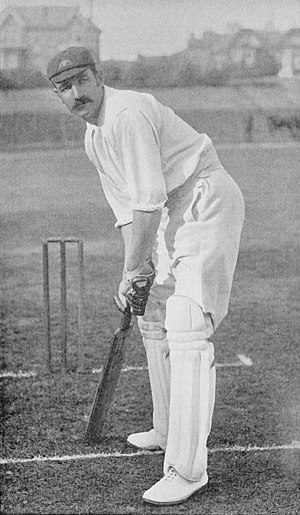 Cricketer
Back
This content was extracted from Wikipedia and is licensed under the Creative Commons Attribution-ShareAlike 3.0 Unported License