Aaron Stanton Merrill (March 26, 1890 – February 28, 1961) also known as Tip Merrill was an American rear admiral during World War II who led American naval forces during the Solomon Islands campaign as well as the first admiral to solely use radar for fire control during wartime. 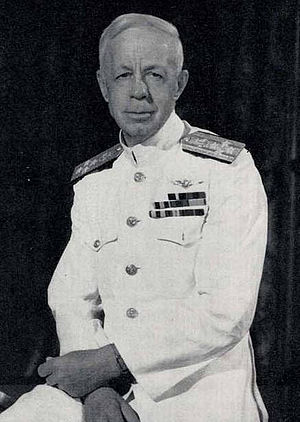