Abbas I of Egypt

Wāli of Egypt and Sudan 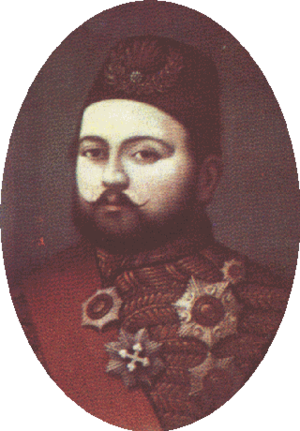 The Chambers Biographical Dictionary says of him: "[b]igoted and sensual, he did much to undo the progress made under Muhammad Ali."