Qodiriy was one of the most influential Uzbek writers of the 20th century.He introduced realism into Uzbek literature through his historical novels and influenced many other Central Asian novelists, including the Kazakh writer Mukhtar Auezov.

Qodiriy wrote under various pen names, the most renowned being Julqunboy.His early works were influenced by the Jadid movement.

Qodiriy was executed during the Great Purge under the leadership of Joseph Stalin. 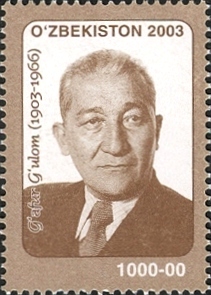 
Uzbekistani writer
Back
This content was extracted from Wikipedia and is licensed under the Creative Commons Attribution-ShareAlike 3.0 Unported License