Sheikh Abdullah Al-Salim Al-Sabah (1895 – 24 November 1965, Arabic: الشيخ عبد الله الثالث السالم الصباح) was the ruler of Kuwait and commander-in-chief of Kuwait Military Forces from 29 January 1950 to his death in 1965; after the country gained its independence on 19 June 1961, he was titled Emir of Kuwait. 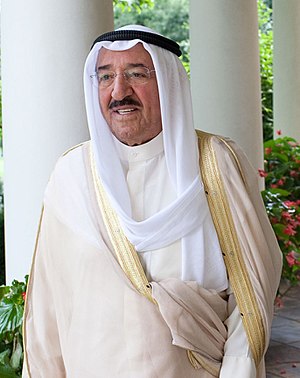 Emir of Kuwait
Back
This content was extracted from Wikipedia and is licensed under the Creative Commons Attribution-ShareAlike 3.0 Unported License