Abraham "Abe" Silverstein (September 15, 1908 – June 1, 2001) was an American engineer who played an important part in the United States space program.

He was instrumental in the planning of the Apollo, Ranger, Mariner, Surveyor, and Voyager missions, and named the Apollo program after the Greek and Roman God. 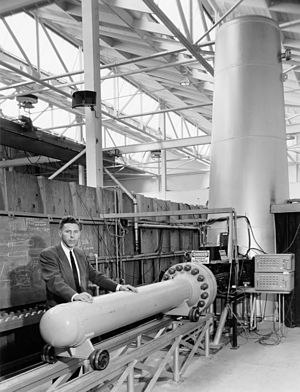 American aerospace engineer
Back
This content was extracted from Wikipedia and is licensed under the Creative Commons Attribution-ShareAlike 3.0 Unported License