Abel Decaux (11 February 1869 – 19 March 1943) was a French organist and composer.He studied organ with Charles-Marie Widor and Alexandre Guilmant, and composition with Jules Massenet.

He served as organist at the Basilique du Sacré-Cœur, in Paris, for 25 years until 1923, when he went to the US to teach organ at the Eastman School of Music in Rochester, NY.

He returned to France in 1935, to teach organ at the École César Franck and at the Institut Grégorien in Paris.

Decaux's best-known composition (and the only one he ever published), Clairs de lune, is a set of four piano pieces written between 1900 and 1907, and published in 1913.

It is remarkably modern for its time, anticipating both Claude Debussy and Arnold Schoenberg.Clairs de lune was recorded in 1981 by Turkish pianist with works of Frank Bridge and Anton Webern; in 1996 by American pianist Frederic Chiu on a Harmonia Mundi disc with Ravel's Miroirs and Schoenberg's Drei Klavierstücke; in 2006 by Canadian pianist Marc-André Hamelin on a Hyperion disc with Dukas' Piano Sonata; and in 2015 by Ukrainian pianist on a Deutsche Grammophon disc that included music by Debussy, Satie, Fauré and Ravel. 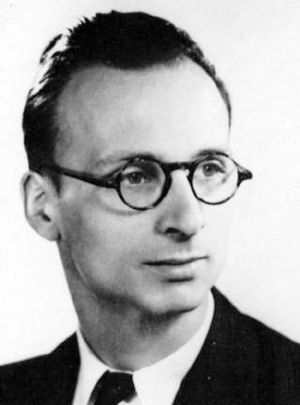 French organist and composer
Back
This content was extracted from Wikipedia and is licensed under the Creative Commons Attribution-ShareAlike 3.0 Unported License