He took part in the Crimean War, where he was wounded and was made a Knight of the Légion d'honneur.

In 1868, he commanded the corvette Dupleix during the Japanese revolution.On 8 March 1868, a skiff sent to Sakai was attacked by samurai retainers of the daimyō of Tosa; 11 sailors and a midshipman were killed.

The attack and French demands for punishment of the samurai involved became known as the Sakai incident.In 1870, he commanded a floating battery on the Rhine river during the Franco-Prussian War.

As a rear admiral, he was in charge of the 1880 pacification of the Marquesas Islands, which had been conquered by his uncle Abel Aubert du Petit-Thouars forty years before.

On the way back to France, he commanded the French Navy observation mission at the War of the Pacific.Promoted to vice admiral in 1883, he died in Toulon on 14 March 1890. 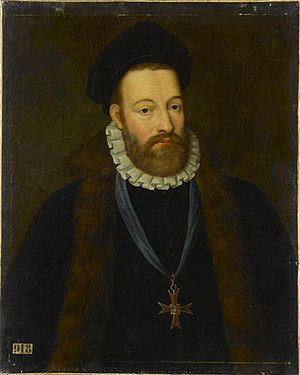 French Navy admiral
Back
This content was extracted from Wikipedia and is licensed under the Creative Commons Attribution-ShareAlike 3.0 Unported License