Active in Virginia state politics for decades, with a brother and a nephew who became distinguished U.S.Navy officers, Judge Upshur left the Virginia bench to become the Secretary of the Navy and Secretary of State during the administration of President John Tyler, a fellow Virginian.

He negotiated the treaty that led to the 1845 annexation of the Republic of Texas to the United States and helped ensure that it was admitted as a slave state.

Upshur died on February 28, 1844, when a gun on the warship USS Princeton exploded during a demonstration. 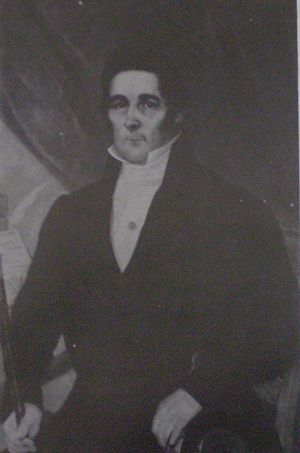 Lawyer and politician
Back
This content was extracted from Wikipedia and is licensed under the Creative Commons Attribution-ShareAlike 3.0 Unported License