His command precipitated a notable cavalry raid in 1863, known as Streight's Raid.He was a prisoner of war for 10 months.

On March 12, 1866, his nomination for appointment to the grade of brevet brigadier general, to rank from March 13, 1865 was confirmed.He later became a politician, and served as a state senator in Indiana for two terms. 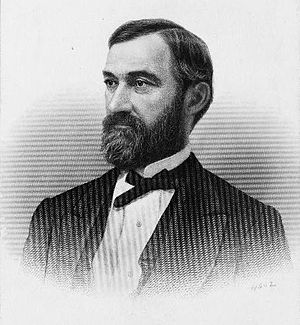 Union Army General
Back
This content was extracted from Wikipedia and is licensed under the Creative Commons Attribution-ShareAlike 3.0 Unported License