Abner Kneeland (April 7, 1774 – August 27, 1844) was an American evangelist and theologian who advocated views on women's rights, racial equality, and religious skepticism that were radical for his day.

As a young man, Kneeland was a lay preacher in a Baptist church, but he converted to Universalism and was ordained as a minister.

Kneeland was the last man in the United States jailed for blasphemy.After his sentence, he founded a utopian society in Iowa, but it failed shortly after his death. 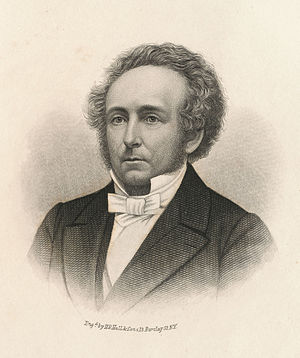 United States theologian
Back
This content was extracted from Wikipedia and is licensed under the Creative Commons Attribution-ShareAlike 3.0 Unported License