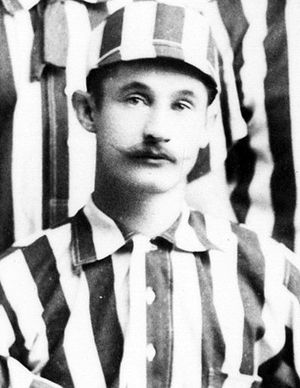 Abner Charles Powell (December 15, 1860, in Shenandoah, Pennsylvania – August 7, 1953, in New Orleans) was a Major League Baseball player who was a member of the Washington Nationals of the Union Association in 1884.

He later played for the Baltimore Orioles and the Cincinnati Red Stockings in 1886.He also managed and owned several teams, and he is best known for his innovations as a manager.