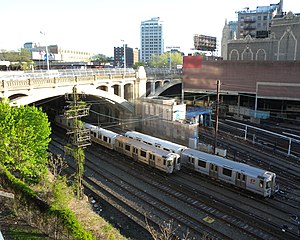 Abraham Burton Cohen (March 9, 1882 – February 11, 1956) was an American civil engineer notable for his role in designing innovative and record-breaking concrete bridges such as the Delaware, Lackawanna and Western Railroad's Tunkhannock Viaduct, the world's largest concrete structure when completed.

Cohen was an active member of the American Concrete Institute and earned ACI's Wason Medal for Most Meritorious Paper in 1927.

Bridge engineer
Back
This content was extracted from Wikipedia and is licensed under the Creative Commons Attribution-ShareAlike 3.0 Unported License