Abraham Flexner (November 13, 1866 – September 21, 1959) was an American educator, best known for his role in the 20th century reform of medical and higher education in the United States and Canada.

After founding and directing a college-preparatory school in his hometown of Louisville, Kentucky, Flexner published a critical assessment of the state of the American educational system in 1908 titled The American College: A Criticism.

His work attracted the Carnegie Foundation to commission an in-depth evaluation into 155 medical schools in the US and Canada.It was his resultant self-titled Flexner Report, published in 1910, that sparked the reform of medical education in the United States and Canada.

Flexner was also a founder of the Institute for Advanced Study in Princeton, which brought together some of the greatest minds in history to collaborate on intellectual discovery and research. 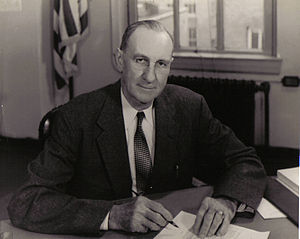 American educator
Back
This content was extracted from Wikipedia and is licensed under the Creative Commons Attribution-ShareAlike 3.0 Unported License