Abraham González de Hermosillo y Casavantes (June 7, 1864 – March 7, 1913) was the provisional and constitutional governor of the Mexican state of Chihuahua during the early period of the Mexican Revolution. 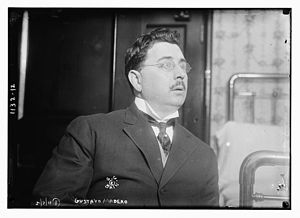