Abraham Mintchine (4 April 1898 – 25 April 1931) was a Ukrainian-Jewish painter who immigrated from Ukraine to Paris in 1925.Mintchine greatest artwork was produced mostly while in Paris and la Garde, between 1926 and 1931.

He is known for vibrant paintings (close to expressionism) where mysticism is also often present.Mintchine was born in Kyiv where at age 13 he was an apprenticed to a goldsmith.

He began painting from the age of 16 and studied at the Kyiv Art College (together with Josyf Weissblatt, Olexandr Tyshler) and at Olexandra Exter.

Later he left Ukraine for Berlin in 1923.In Berlin he designed sets and costumes for the Jewish theatre.At the time of his first exhibition in Berlin he displayed artwork in a style close to Cubism (only one painting from this period is known).

Mintchine's most prolific and self-defining period started when he arrived in Paris around 1925.There he developed an exalted style, through dense and vibrant compositions.

Mintchine's life was not easy.In extreme poverty and married with a child, he nonetheless succeeded to develop a very characteristic style.

On a number of occasions, Mintchine integrates mysticism in his compositions (often representations of Angels or angelic elements such as wings).

Later, in 1929, the art dealer René Gimpel identified Mintchine as a "genius" painter and start buying all his paintings.About Mintchine's condition, he wrote in his journal: "he barely managed to scrape a 100 sous to live on; he wouldn't eat, and, dying of hunger would say to his wife: 'Eat, Mintchine isn't hungry'." Mintchine's art reflects an exceptional intensity.

He inspires feelings reminiscent of Chaim Soutine's artwork (with which he shared the same Jewish identity and Russian-French cultures).However, Mintchine's artwork is less tormented than Soutine's, conveying passion through great poetry (often via mystical elements).

Mintchine's life was even shorter than the former: suffering from tubercolosis, he died at only 33 of a brain aneurysm while painting The Hill with Red Flowers (La Garde,1931).

He is considered as one of the greatest artists of the period between the First and Second World Wars and is often associated to the Jewish School of Paris. 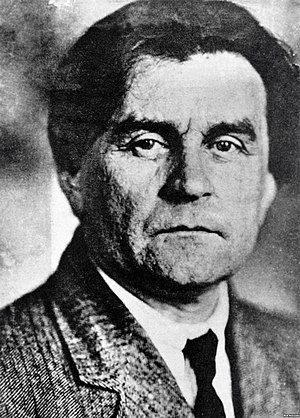 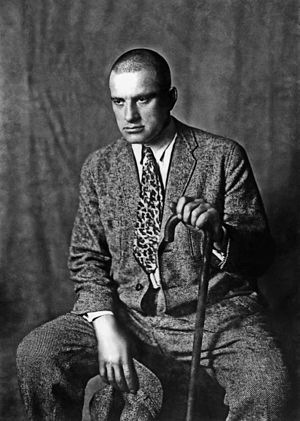