In 1870 he was assistant resident in Benkoelen and in 1873 he was resident in Palembang.From February to October 1880 he was a joint commissioner with analyzing the situation in Aceh, Sumatra.

Their report called for the pacification of this troublesome area and he was appointed governor in 1881.The area erupted in violence after which he left office in March 1883. 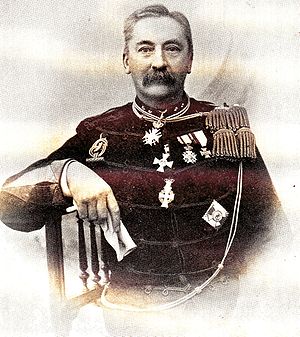 Dutch colonial governor
Back
This content was extracted from Wikipedia and is licensed under the Creative Commons Attribution-ShareAlike 3.0 Unported License