Achiam (born Ahiam Shoshany;February 10, 1916 – March 26, 2005) was a Franco-Israeli sculptor who worked around Paris after 1947.His work consists largely of direct carvings in stone and wood—very plain, pure forms, mostly figurative. 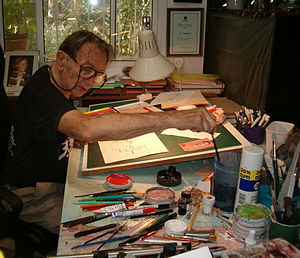 Israeli artist
Back
This content was extracted from Wikipedia and is licensed under the Creative Commons Attribution-ShareAlike 3.0 Unported License