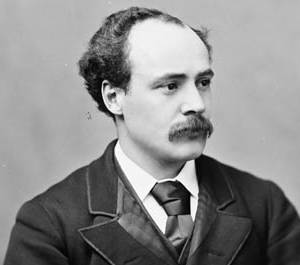 He was born in St-Jean, Île d'Orléans, Canada East, the son of Nazaire La Rue and Adelaide Roy.Larue was educated at the Séminaire de Quebec and the Université Laval.

He was admitter to the Quebec bar in 1872 and set up practice in Quebec City.Larue was an unsuccessful candidate for a seat in the House of Commons in an 1875 by-election.

He was elected in the 1878 federal election; his election was overturned in 1881 after an appeal.He was president of Le Club Canadien.

Larue died in Quebec City at the age of 72.