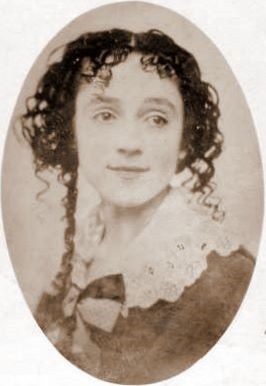 She was best known for her performance in the hippodrama , with a climax that featured her apparently nude and riding a horse on stage.

After great success for a few years with the play in New York and San Francisco, she appeared in a production in London and Paris, from 1864 to 1866.

After a brief trip back to the United States, she returned to Europe.However, she became ill within two years and died in Paris at the age of 33.

Menken told many versions of her origins, including her name, place of birth, ancestry, and religion, and historians have differed in their accounts.

Most have said she was born a Louisiana Creole Catholic, with European and African ancestry.A celebrity who created sensational performances in the United States and Europe, she married several times and was also known for her affairs.

She had two sons, both of whom died in infancy.Though she was better known as an actress, Menken sought to be known as a writer.

She published about 20 essays, 100 poems, and a book of her collected poems, from 1855 to 1868 (the book was published posthumously).Early work was devoted to family and after her marriage, her poetry and essays featured Jewish themes.

However, beginning with work published after moving to New York, with which she changed her style, Menken expressed a wide range of emotions and ideas about women's place in the world.

Her collection Infelicia went through several editions and was in print until 1902.