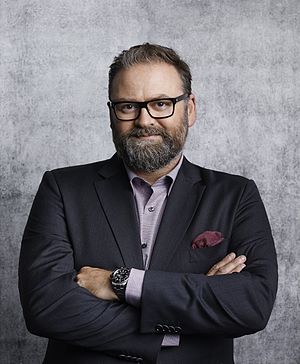 He moved to TV4 in 2005, presenting the Swedish version of Jeopardy!.He also presented his own show, Adam Live.He later ventured into radio, presenting shows on Rix FM and Mix Megapol.

Radio presenter
Back
This content was extracted from Wikipedia and is licensed under the Creative Commons Attribution-ShareAlike 3.0 Unported License