Adam McMullen (June 12, 1872 – March 2, 1959) was an American Republican politician and was the 21st Governor of Nebraska.McMullen was born in Wellsville, New York and as a young boy moved with his family to Wymore, Nebraska.

He was a founding member of the Beta Tau chapter of Delta Tau Delta fraternity at the University of Nebraska-Lincoln in 1894.

He graduated from the University of Nebraska in 1896, and matriculated at George Washington University, where he earned a law degree in 1899.

He was married to Cora Greenwood. 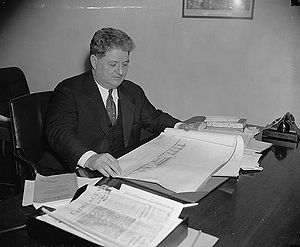