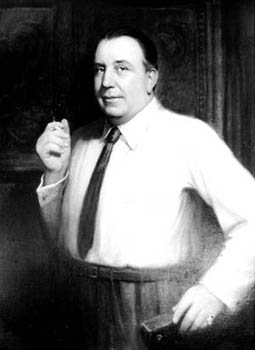 In the 1920s Mizner was the best-known and most-discussed living American architect.Palm Beach, Florida, which he "transformed", was his home, and most of his houses are there.

He believed that architecture should also include interior and garden design, and set up Mizner Industries to have a reliable source of components.

He was "an architect with a philosophy and a dream." Boca Raton, Florida, a farming town that was established in 1896 became the focus Mizner's most famous development project.

The 6-foot-2-inch (1.88 m), 250-pound (110 kg) bon vivant epitomized the "society architect." Rejecting other modern architects for "producing a characterless copybook effect," he sought to "make a building look traditional and as though it had fought its way from a small, unimportant structure to a great, rambling house that took centuries of different needs and ups and downs of wealth to accomplish.

I sometimes start a house with a Romanesque corner, pretend that it has fallen into disrepair and been added to in the Gothic spirit, when suddenly the great wealth of the New World has poured in and the owner had added a very rich Renaissance addition." Or as he described his own never-built castle, drawings of which were part of his promotional literature, it would be "a Spanish fortress of the twelfth century captured from its owner by a stronger enemy who, after taking it, adds on one wing and another, and then loses it in turn to another who builds to suit his taste." As these quotes suggest, many Mizner buildings contain styles from more than one period, but all foreign.


American architect
Back
This content was extracted from Wikipedia and is licensed under the Creative Commons Attribution-ShareAlike 3.0 Unported License