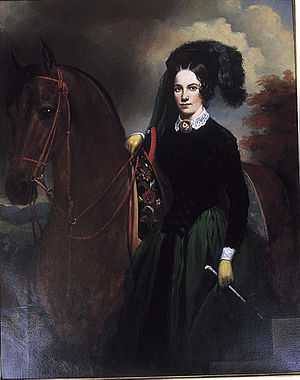 Adelicia Hayes Franklin Acklen Cheatham (March 15, 1817 – May 4, 1887), best known as Adelicia Acklen, became the wealthiest female enslaver in Tennessee and a plantation owner in her own right after the 1846 death of her first husband, Isaac Franklin.

As a successful slave trader, he had used his wealth to purchase numerous plantations, lands, and slaves in Tennessee and Louisiana.

Acklen later in 1880 sold four contiguous plantations in Louisiana as one property.These have formed the grounds of the Louisiana State Penitentiary (also known as "Angola" after one of the plantations) since 1901.

When married to her second husband, Joseph Alexander Smith Acklen, Adelicia Acklen built the Belmont Mansion in Nashville, Tennessee.She sold the property in 1887; it was converted for use as a college campus.

It is now operated as a museum at the center of what is now known as Belmont University.