He worked on comparative anatomy and appreciated the ideas of evolution, and influenced many German scientists by translating into German the 1858 papers by Darwin and Wallace which first proposed evolution by natural selection.

Influenced by the writings of Wallace with whom he interacted, he travelled to Southeast Asia, and collected specimens and recorded his observations from the region. 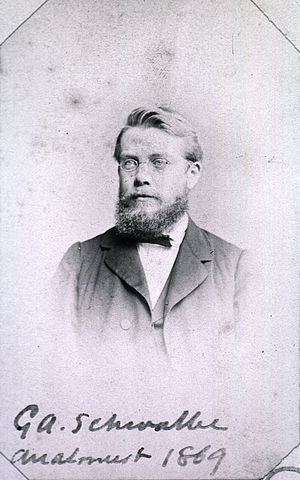 German anthropologist
Back
This content was extracted from Wikipedia and is licensed under the Creative Commons Attribution-ShareAlike 3.0 Unported License