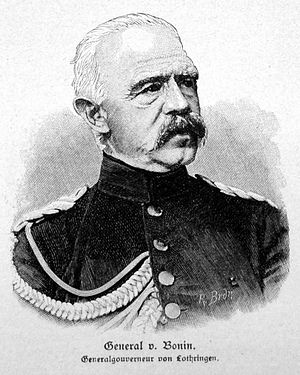 He made his military career from Oberst (1851), Major general (1854) to Lieutenant general and adjutant of the king (1858).In 1863 he became Kommanierender General and 1864 General of the Infantry.

During the Austro-Prussian War he commanded I Corps.He was beaten back at Trautenau, before participating in the Battle of Königgrätz.