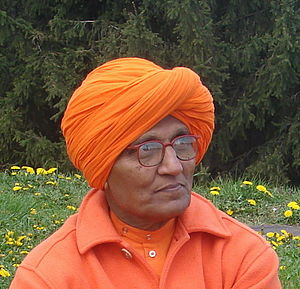 Agnivesh, referred to as Swami Agnivesh (born Vepa Shyam Rao; 21 September 1939 – 11 September 2020), was an Indian social activist.He also served as a cabinet minister in the state of Haryana.

He is best known for his work against bonded labour through the Bonded Labour Liberation Front, which he founded in 1981. and served as its president from 2004–2014.

He had also served as the chairperson of the United Nations Voluntary Trust Fund on Contemporary Forms of Slavery from 1994–2004. Social Activist
Back
This content was extracted from Wikipedia and is licensed under the Creative Commons Attribution-ShareAlike 3.0 Unported License