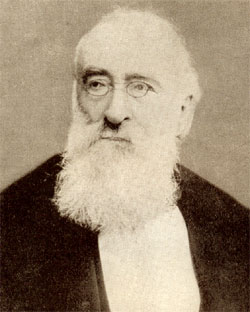 Agostino Depretis (31 January 1813 – 29 July 1887) was an Italian statesman and politician.He served as Prime Minister of Italy for several stretches between 1876 and 1887, and was leader of the Historical Left parliamentary group for more than a decade.

He is the fourth-longest serving Prime Minister in Italian history, after Benito Mussolini, Giovanni Giolitti and Silvio Berlusconi.Depretis is widely considered one of the most powerful and important politicians in Italian history.

He was a master in the political art of Trasformismo, the method of making a flexible, centrist coalition of government which isolated the extremes of the left and the right in Italian politics after the unification.