Alfonso Ramón López (August 20, 1908 – October 30, 2005) was a Spanish-American professional baseball catcher and manager.He played in Major League Baseball (MLB) for the Brooklyn Robins / Dodgers, Boston Bees, Pittsburgh Pirates, and Cleveland Indians between 1928 and 1947, and was the manager for the Cleveland Indians and the Chicago White Sox from 1951 to 1965 and during portions of the 1968 and 1969 seasons.

Due to his Spanish ancestry and "gentlemanly" nature, he was nicknamed "El Señor".As a player, López was a two-time All-Star known for his defensive skills, leadership, and durability, as he established a major league record for career games played at catcher (1,918) that stood for decades.

As a manager, his .584 career winning percentage ranks fourth best in major league history among managers of at least 2,000 games.

His 1954 Cleveland Indians and 1959 Chicago White Sox teams were the only squads to interrupt the New York Yankees' string of American League pennants from 1949 to 1964, inclusive.

Over the course of 18 full seasons as a baseball manager (15 in the major leagues and 3 in the minor leagues), López's teams never finished with a losing record.

He was inducted into the Baseball Hall of Fame in 1977.Al López's parents immigrated to the United States from Spain shortly before his birth, and he grew up in the immigrant community of Ybor City in Tampa, Florida.

He retired with his family to his hometown after his baseball career, and his accomplishments were commemorated in Tampa in the name of a baseball stadium (Al López Field) and a public park which bears his name and features his statue.

His childhood home was moved next door to Ybor City State Museum and is being renovated to house the Tampa Baseball Museum. 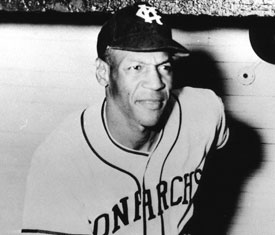