Alan Merrill (born Allan Preston Sachs;February 19, 1951 – March 29, 2020) was an American vocalist, guitarist, songwriter, actor and model.In the early 1970s, Merrill was one of the first westerners to achieve pop star status in Japan.

He was the writer of, and lead singer on, the first released version of the song "I Love Rock 'n' Roll", which was recorded by the Arrows in 1975.

The song became a breakthrough hit for Joan Jett in 1982.Merrill was primarily a vocalist and songwriter, but also played the guitar, bass guitar, harmonica, and keyboards.

He died during the COVID-19 pandemic due to complications brought on by COVID-19. 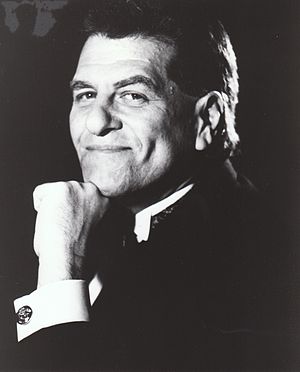 American vocalist
Back
This content was extracted from Wikipedia and is licensed under the Creative Commons Attribution-ShareAlike 3.0 Unported License