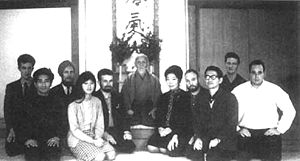 Alan Ruddock (10 January 1944 – 2 April 2012) was an Irish Martial Arts pioneer, teacher and writer.He introduced both Aikido & Karate to Ireland and was the founder of the Aiki no Michi and its interpretation of Aikido.

Ruddock was one of the few western Aikido practitioners and only Irish national who studied directly under the founder of Aikido, Morihei Ueshiba ("O-Sensei"). 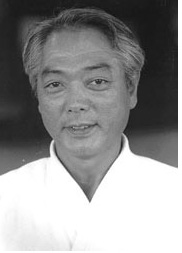 Japanese aikidoka
Back
This content was extracted from Wikipedia and is licensed under the Creative Commons Attribution-ShareAlike 3.0 Unported License