Rainier ruled the Principality of Monaco for almost 56 years, making him one of the longest ruling monarchs in European history.

Rainier was born at the Prince's Palace of Monaco, the only son of Prince Pierre and Princess Charlotte of Monaco.

He was crucially responsible for the transformation of Monaco's economy, shifting from its traditional casino gambling base to its current status as a tax haven and cultural destination.

They had three children: Caroline, Albert, and Stéphanie.He died in April 2005 from complications relating to a lung infection as a result of frequent smoking, and was succeeded by his son, Albert. 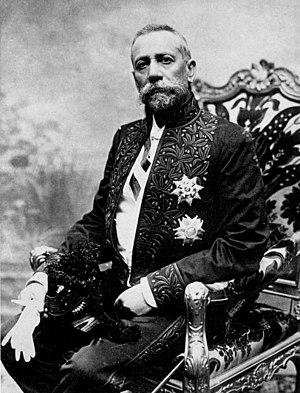 Prince of Monaco
Back
This content was extracted from Wikipedia and is licensed under the Creative Commons Attribution-ShareAlike 3.0 Unported License