Alejandro Zaffaroni (February 27, 1923 – March 1, 2014) was a serial entrepreneur who was responsible for founding several biotechnology companies in Silicon Valley.

Products that he was involved in developing include the birth control pill, the nicotine patch, corticosteroids, and the DNA microarray. 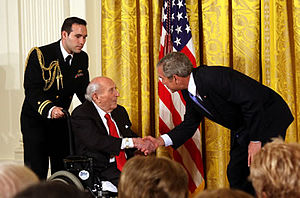