Alfred Victor Verville (November 16, 1890 – March 10, 1970) was an American aviation pioneer and aircraft designer who contributed to civilian and military aviation.

During his forty-seven years in the aviation industry, he was responsible for the design and development of nearly twenty commercial and military airplanes.

Verville is known for designing flying boats, military racing airplanes (such as the record breaking Verville-Sperry R-3 Racer), and a series of commercial cabin airplanes.

His planes were awarded with the Pulitzer Speed Classic Trophy in 1920 and 1924.Verville was a founder of three aeronautical companies, the General Aeroplane Company, Verville Aircraft Company, and the Buhl Aircraft Company.

He worked for General Billy Mitchell during his service at the United States Army Air Service from 1918 to 1925.From 1937 to 1945, he worked as a consultant for companies such as Douglas Aircraft, Curtiss-Wright, Snead Aircraft, and Drexel Aviation.

Verville spent the next sixteen years in the U.S. federal government, primarily in the Bureau of Aeronautics, before retiring in 1961.

Verville received many honors and awards, including a selection as a fellow of the Smithsonian Institution's National Air and Space Museum in 1962.

An airmail stamp was issued in 1985 by the US Postal Service in Verville's honor.In 1991, he was posthumously inducted into the Michigan Aviation Hall of Fame. 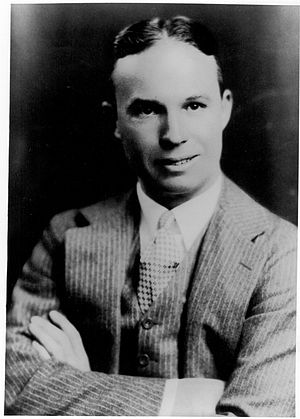 American aviation pioneer
Back
This content was extracted from Wikipedia and is licensed under the Creative Commons Attribution-ShareAlike 3.0 Unported License