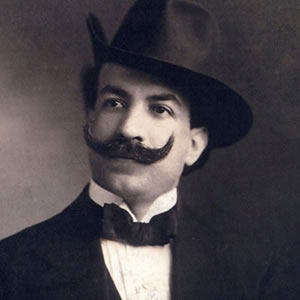 Alfredo Lorenzo Palacios (August 10, 1880 – April 20, 1965) was an Argentine socialist politician.Palacios was born in Buenos Aires, and studied law at University of Buenos Aires, after graduation he became a lawyer and taught at the university until becoming a dean.

In 1902, he was elected to the Buenos Aires' legislature, and in 1904, to the Chamber of Deputies for the 4th Circunscription of Buenos Aires, which corresponded to the barrio of La Boca, thus becoming the first socialist in the Argentine Congress and in the American continent.

Palacios helped create many laws including the "Palacios Law" (Ley Palacios) against sexual exploitation, and others regulating child and women labor, working hours and Sunday rest.