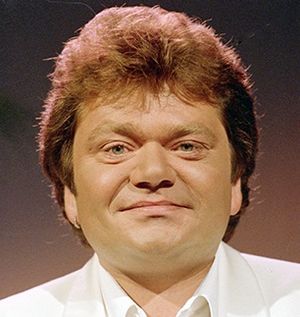 André Gerardus Hazes (30 June 1951 - 23 September 2004) was a Dutch singer and actor.As an accomplished levenslied singer, Hazes recorded 36 studio and live albums, and 55 singles prior to his death in 2004.


Dutch singer
Back
This content was extracted from Wikipedia and is licensed under the Creative Commons Attribution-ShareAlike 3.0 Unported License