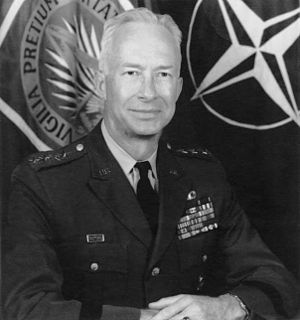 As such, he was the commander of all NATO (SACEUR) and United States (CINCEUR) military forces stationed in Europe and the surrounding regions.

General Goodpaster returned to service in June 1977 as the 51st Superintendent of the United States Military Academy at West Point, New York, until he retired again in July 1981.