Andrew Viggo Hansen, Jr. (November 12, 1924 – February 2, 2002), nicknamed "Swede", was a right-handed pitcher in Major League Baseball.In a nine-season career, he played for the New York Giants and the Philadelphia Phillies.

Hansen was officially listed as standing 6 feet 3 inches (191 cm) and weighing 185 pounds (84 kg).He was nicknamed Swede despite being of Danish ancestry, according to The Sporting News' Baseball Register.

A two-sport star in high school, Hansen rose quickly through the Giants' minor league system and made his major league debut at age 19.

He played for the Giants until 1946, when he voluntarily retired due to a family illness and then served in the United States Army.

He returned to baseball in 1947 and earned a career-best five wins in 1948.After a contract holdout in 1949, Hansen's bullpen workload increased in 1950, leading to an elbow injury and the Giants sending him to the Phillies in the Rule 5 draft.

Hansen worked nearly exclusively from the bullpen after being an occasional starting pitcher with New York.After tying his career high with five victories in 1952, Hansen went winless in 1953 and had a short tenure with the minor-league Hollywood Stars before retiring and beginning a 31-year career with the United States Postal Service. 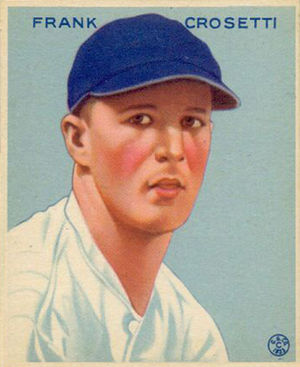