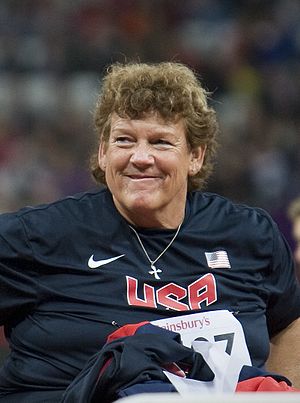 Angela Madsen (May 10, 1960 – June 22, 2020) was an American Paralympian sportswoman in both rowing and track and field.In a long career, Madsen moved from race rowing to ocean challenges before switching in 2011 to athletics, winning a bronze medal in the shot put at the 2012 Summer Paralympics in London.

Madsen and teammate Helen Taylor were the first women to row across the Indian Ocean.She died in June 2020 while attempting a solo row from Los Angeles to Honolulu.