Arleigh Albert Burke (October 19, 1901 – January 1, 1996) was an admiral of the United States Navy who distinguished himself during World War II and the Korean War, and who served as Chief of Naval Operations during the Eisenhower and Kennedy administrations.

USS Arleigh Burke (DDG-51), the lead ship of its class of Aegis-equipped guided missile destroyers, was commissioned in Burke's honor in 1991.

The honor of naming a vessel after a living figure was only the fourth time it had been bestowed since 1861. 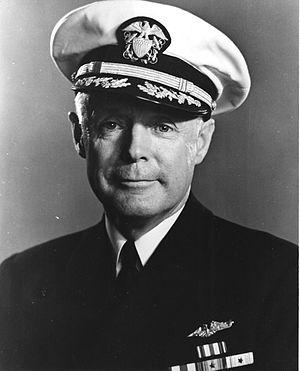 US Admiral
Back
This content was extracted from Wikipedia and is licensed under the Creative Commons Attribution-ShareAlike 3.0 Unported License